If your building has an old roof, it may be showing signs that it needs replacement. Different roofs have different lifespans, but they often show the same signs when they need replacement. Below are six signs your building may need reroofing sooner than later.
Leaks in Multiple Places
Roofs develop occasional leaks that can be patched. But when multiple leaks occur, it could be a sign that your roof's moisture barrier has declined significantly. If your business uses buckets to catch interior drips when it rains, it may be saving its carpet, but it isn't preventing trapped moisture that encourages mold development and weakens roof decking.
Ultimately, replacing a leaky roof can be less costly than repairing the damage it could cause.
Exterior Light Showing Through
If you can see sunshine through your business' roof, hopefully you can see the light: you need to replace your roof, or at least have it professionally repaired. Exterior light can be seen when roofing separates from chimneys, exhaust pipes, or other elements that extend through the roof. Performing amateur repairs on these problems can lead to flooding during heavy rain.
Frequent Brown Spots on Hanging Ceiling Panels
Brown spots on hanging ceiling panels indicate one of two problems: leaking pipes or a leaking roof. When present on tiles that don't underlie a roof, the problem is usually the former. When present on tiles that do underlie a roof, the latter may be to blame. If your business frequently replaces or paints ceiling tiles that underlie a roof, calling a roofing company to inspect for leaks will save money in the long run.
Sagging Roof Decking
Sagging roof decking makes sections of roof appear bowed inward. Sagging decking is most visible from the exterior. But in severe cases, it can be detected by observing a ceiling. Sagging roof decking is a tragedy waiting to happen. Often, a section of sagging decking completely gives way during heavy rain or snow, causing severe damage that costs more than a new roof.
Gutters Clogged with Shingle Granules
Buildings whose shingles need replacing display a telling sign: their gutters become filled with shingle granules. If your building has a shingle roof, is not surrounded by trees, and has clogged gutters, the problem could be deteriorating shingles (a quick look at your gutters should let you know). By not replacing old shingles, you'll end up with a leaking roof and spend money on gutter work that could instead be used for commercial reroofing.
Shingle Buckling, Blistering or Curling
Movement of roof decking causes shingle buckling, water absorption causes shingle curling, and blistering occurs when shingles receive inadequate ventilation. When a patch of shingles buckle, blister or curl, the problem can be repaired. But when buckling, blistering or curling affect most or all of a roof, reroofing may be necessary.
Replacing your building's roof is a major decision. But when your building displays some or all of the signs above, replacing it as soon as possible could be the least expensive decision. 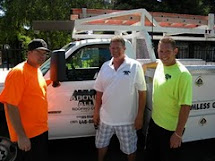 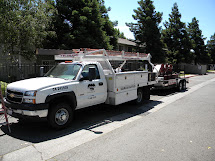 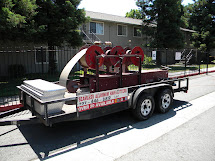 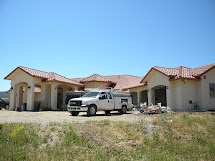 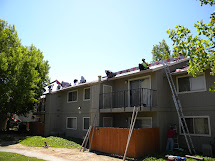 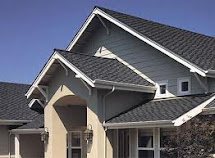